Gil Shaham and The Knights

Normally, in order to perform Beethoven’s luminous, life-affirmingly beautiful Violin Concerto, one needs a full orchestra…fortunately, we have superstar violinist Gil Shaham and a contingent of five top-shelf players from Brooklyn’s own ensemble, The Knights (including founding brothers Colin and Eric Jacobsen), who have shrunk the work down to their pandemic-proof “pocket Beethoven” version. They’ll make six players sound like sixty, and cut to the core of this transcendent masterwork.

Join us for this one-of-a-kind, one-night-only outdoor event. The evening opens with jazz at sunset accompanied by a tasting of whiskey, mezcal, gin and other spirits from distilleries like Appalachian Gap Distillery, Madre Mezcal and more. At dusk, Gil and the Knights will take the stage for some deliciously bite-sized Beethoven!

One of today’s greatest living violinists and one of Brooklyn’s most beloved ensembles, stripping away the layers of Beethoven’s immortal work until they find the eternity that lies at its center. 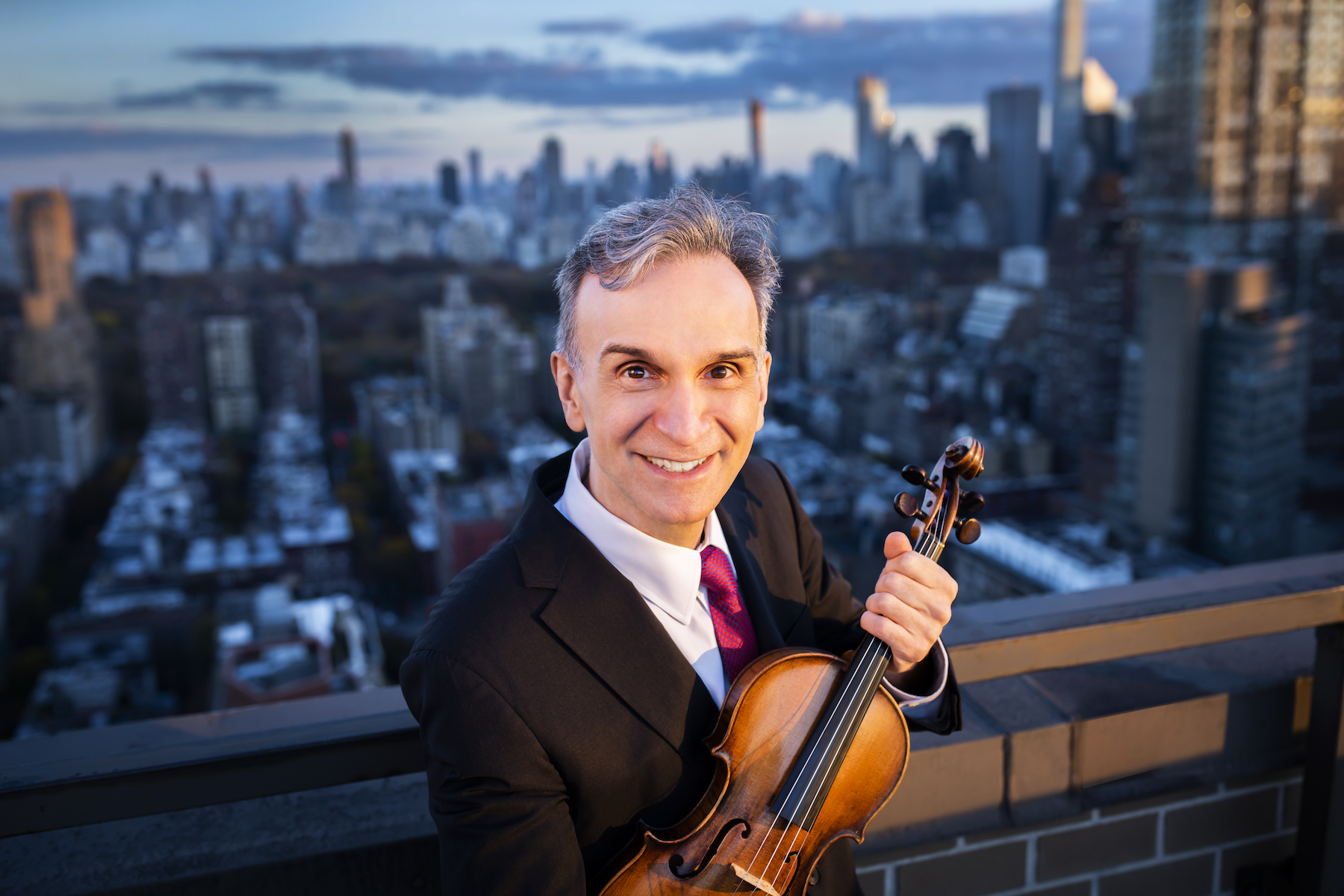 Gil Shaham is one of the foremost violinists of our time; his flawless technique combined with his inimitable warmth and generosity of spirit has solidified his renown as an American master. The Grammy Award-winner, also named Musical America’s “Instrumentalist of the Year,” is sought after throughout the world for concerto appearances with leading orchestras and conductors, and regularly gives recitals and appears with ensembles on the world’s great concert stages and at the most prestigious festivals.

Highlights of recent years include the acclaimed recording and performances of J.S. Bach’s complete sonatas and partitas for solo violin. In the coming seasons in addition to championing these solo works he will join his long time duo partner pianist, Akira Eguchi in recitals throughout North America, Europe, and Asia.

Gil Shaham was awarded an Avery Fisher Career Grant in 1990, and in 2008 he received the coveted Avery Fisher Prize. In 2012, he was named “Instrumentalist of the Year” by Musical America. He plays the 1699 “Countess Polignac” Stradivarius, and lives in New York City with his wife, violinist Adele Anthony, and their three children.

The Knights are a collective of adventurous musicians dedicated to transforming the orchestral experience and eliminating barriers between audiences and music. Driven by an open-minded spirit of camaraderie and exploration, they inspire listeners with vibrant programs that encompass their roots in the classical tradition and passion for artistic discovery. The orchestra has toured and recorded with renowned soloists including Yo-Yo Ma, Dawn Upshaw, Béla Fleck, and Gil Shaham, and has performed at Carnegie Hall, Tanglewood, and the Vienna Musikverein.

The Knights evolved from late-night chamber music reading parties with friends at the home of violinist Colin Jacobsen and cellist Eric Jacobsen. The Jacobsen brothers, who are also founding members of the string quartet Brooklyn Rider, serve as artistic directors of The Knights, with Eric Jacobsen as conductor. The Knights are committed to creating unusual and adventurous partnerships across disciplines; they perform in traditional concert halls as well as parks, plazas, and bars, all in an effort to reach listeners of all backgrounds and invite them into their music-making. Since incorporating in 2007, the orchestra has toured consistently across the United States and Europe.