The performance includes an hourlong wine & cheese reception before we descend to the Crypt.

Proof of Vaccination will be required, and we request that audience members wear masks during the performance.

Pianist and filmmaker James Carson has spent nearly two decades developing a new form of music. A childhood prodigy born with perfect pitch, Carson abandoned a rapidly-ascending career in order to travel the world, and then spend five years designing, building and practicing in a remote cabin in Northern Canada. Drawing from his isolated time in that cabin, Carson now creates a wholly new music with each performance, by removing his own intentions and instead receiving and channeling all forces and energies that are present, both within and beyond the performance space, resulting in spiritual concert experiences hailed as “meditative” (Time Out New York), “trance-inducing” (Feast of Music), and “delicate music surrounded by the aura of silence” (Boston Phoenix). Here, Carson celebrates the release of his debut album The Story of Birds by exploring the transformative, transcendent space that is the Crypt.

Experience a musical performance unlike any you’ve experienced - a communion that exists in a space between composition and improvisation, uniting performer and audience as one. 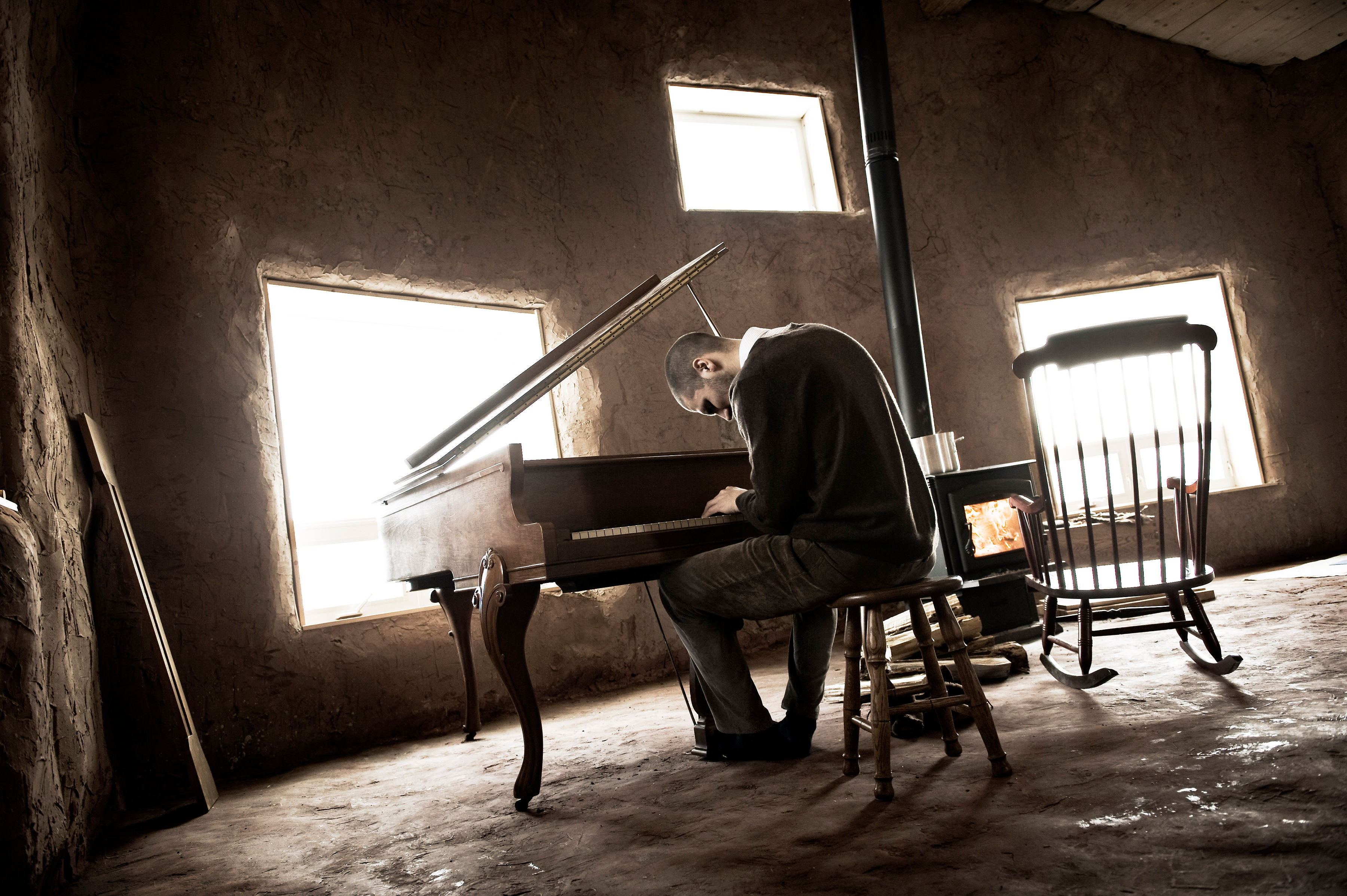 Pianist James Carson has developed a new form of music and for the last eleven years has been producing and directing Cabin Music, a feature film, to share it with the world. While attending the New England Conservatory, studies with Joe Maneri, Cecil Taylor, and the poet Robert Creeley led James to walk away from music and backpack overland from Spain to Japan. On his return to Northern Alberta, Canada, he then spent five years designing, building, and practicing in a remote strawbale cabin. The musical result was multilayered, detailed, meditative, and harmonious. "I wanted to play the whole piano at once,” says Carson, “in the same way that a single breeze can cause the entire forest to dance and tremble in unison.” He lives in New York City and returns to his cabin regularly.