Thank you to our sponsor Yamaha for the piano

Lara St. John and Matt Herskowitz are no strangers to the Crypt, having already brought the fire with their gypsy-inflected "Lavuta" program a few seasons back. Now they're returning with more glory - this time with a program from their new recording Key of A. Beethoven's barnstorming "Kreutzer" Sonata grapples with his tumultuous success and the tragedy of his impending deafness, while Franck's complex, staggeringly beautiful Sonata in A major takes us through four stages of human life in four movements: birth, youthful passion, tragedy, and joyous acceptance.

One of the greatest violinists playing today, with one of the most inventively uncategorizable pianists, playing the Music of the Gods. 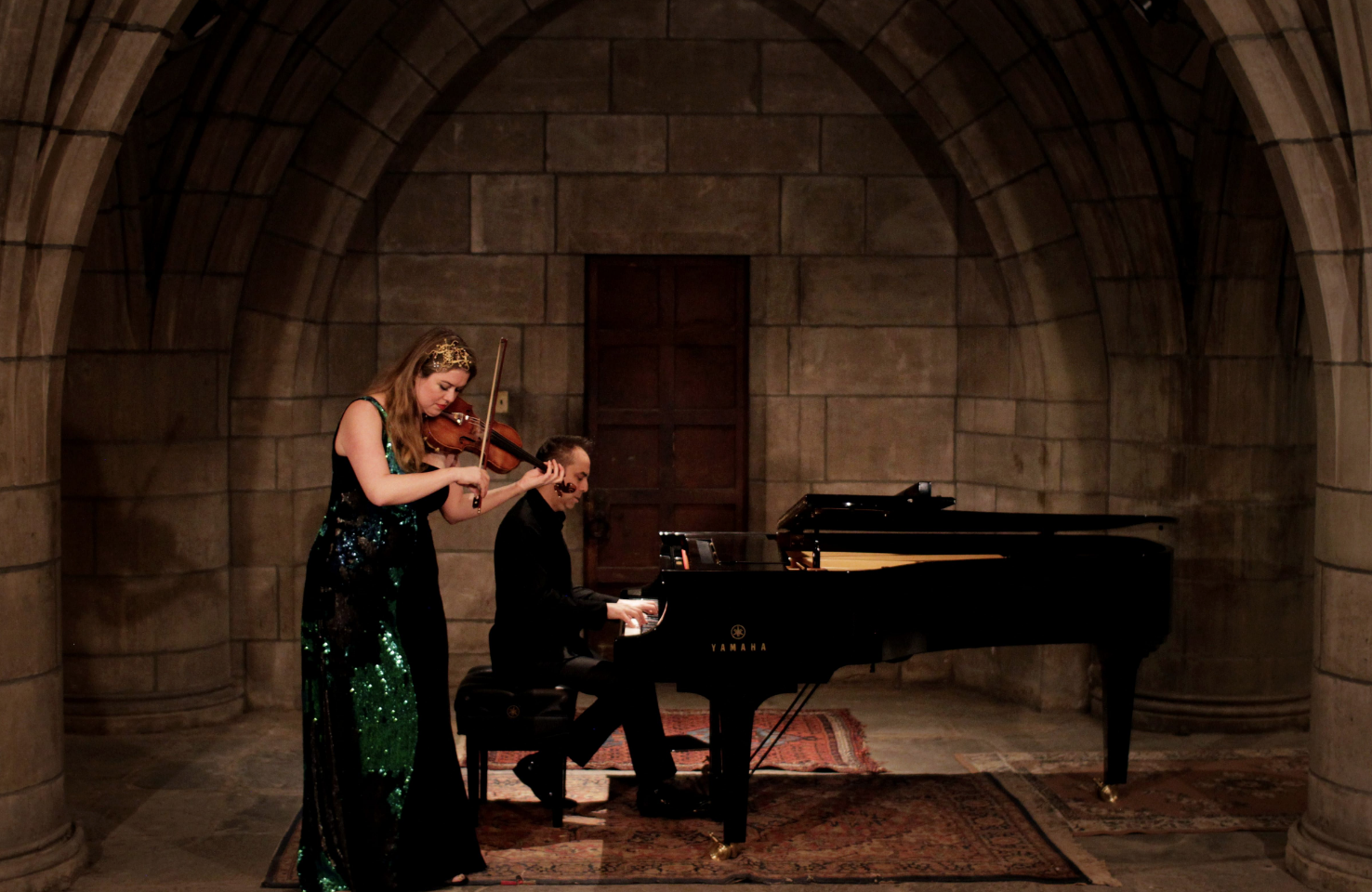 Sonata in A Major for Violin and Piano

Canadian-born violinist Lara St. John has been described as "something of a phenomenon" by The Strad and a “high-powered soloist” by the New York Times.
She has performed as soloist with the orchestras of Cleveland, Philadelphia, San Francisco, Seattle, the Boston Pops, Toronto, Montreal, Vancouver, the Royal Philharmonic Orchestra, NDR Symphony, Zurich Chamber Orchestra, Ensemble Orchestral de Paris, Strasbourg Philharmonic, Bournemouth Symphony, Camerata Ireland, Belgrade Symphony, Amsterdam Symphony, and the Akbank Chamber Orchestra in Turkey, among others.

Uniquely combining the superlative technique of a classical virtuoso with his prowess in jazz, world music and free improvisation, pianist, composer and arranger Matt Herskowitz has carved out a unique and personal voice in music. Over the course of the last decade, Matt has produced a series of critically-acclaimed recordings, premiered his works in settings from New York’s Central Park to Germany’s Köln Philharmonie, collaborated with top classical, jazz and pop artists, and has performed at music festivals across the globe.